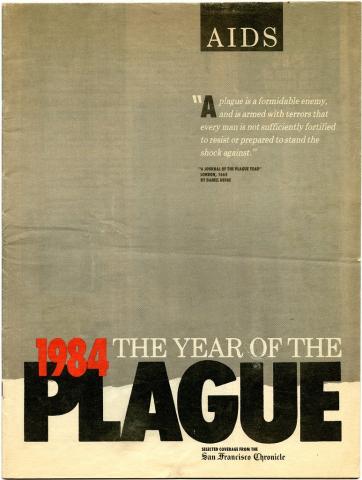 We wanted to let you know about a special UCSF Town Hall event this Friday, June 4 from 4:00-5:30 pm commemorating the 40th Anniversary of the first description of AIDS on June 5, 1981.

On Friday, June 5, 1981, the Centers for Disease Control and Prevention released this MMWR report detailing 5 young men-who-have-sex-with-men (MSM) who had a rare lung infection (most often seen before in organ transplant patients), specifically Pneumocystis carinii pneumonia. On July 3, a second report was released that showed additional reports of Pneumocystis pneumonia and now aggressive Kaposi’s sarcoma in 26 young MSM. This was the start of the era of AIDS which launched intense research and clinical efforts here in the Bay Area, many from members of our CFAR/ARI community.

Please see a short timeline of some of the contributions of UCSF depicted pictorially below and listed here:

Since the beginning of the epidemic, many UCSF researchers and clinicians have stepped up to combat HIV/AIDS through innovative clinical care, education and research initiatives. Some of these efforts are detailed in the timeline here but we cannot possibly pay testament in a single email to all of your contributions over these many years. We want to acknowledge the many contributions from UCSF and our affiliates, in particular, the following:

We are grateful to help lead the amazing CFAR and ARI who have always been focused on cutting edge research for HIV and who – together with all of you – will help to end AIDS.

Check here for stories about UCSF HIV researchers and clinicians, and articles in which they are quoted or featured. You can also explore breaking research news, our media archive, and upcoming events.

ARI and CFAR leadership commemorate UCSF's contributions over the 40 years of AIDS.

Dr. Marguerita Lightfoot talks to WebMD about how to discuss one's HIV status with friends, family, and partners.

How People with Weakened Immune Systems Navigate the Coronavirus

Dr. Paul Volberding spoke to NPR about considerations for those with compromised immune systems.

Limited Information about COVID19 Impact on those Living with HIV

Data doesn't yet exist to understand how HIV status may impact HIV+ individuals, says Dr. Matt Spinelli, but there are recommendations.

Dr. Monica Gandhi of the Division of HIV/ID warns against possible drug resistance and other concerns in an interview with the SF AIDS Foundation.

ARI Director comments to Healio why the surge in reinfections occurs and how to prevent them.

Dr. Volberding talks to The Body Pro about reasons for denying the approval of the long-awaited advancement.