It’s not often that global health studies incorporate concepts of modern philosophy into their research, but Dr. Carol Camlin’s latest project does just that. Redemption of the “Spoiled Identity:” the role of HIV-positive individuals in HIV care cascade interventions, published in the Journal of the International AIDS Society with a team of authors from Uganda, Kenya, and the U.S., underscores how the idea of ‘therapeutic citizenship’ among people living with HIV (PLHIV) has highlighted the role PLHIV play in their communities as peer leaders and counselors.

‘Therapeutic citizenship,’ a concept proposed a decade ago by Dr. Vinh-Kim Nguyen of University of Montreal, posits that “’story-telling’ in the political sphere undertaken by PLHIV…has shaped the global response to the epidemic.’ (This concept originally grew from exploration of how activist PLHIV pushed governments and pharmaceutical companies to engage more substantially in HIV/AIDS treatments – and to then make them widely available and affordable.) It was the expressed public narrative of positive individuals that brought us to where we are today in the epidemic. 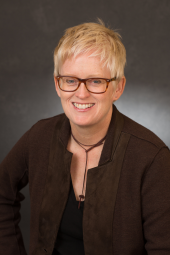 Camlin argues that this concept resonates with the work of 20th century political philosopher Hannah Arendt; particularly in her book The Human Condition, which proposes that the ‘revelation of the self’ occurs in the public domain. That is to say, people become who they are in the presence of others witnessing their actions and words. Or, as Camlin articulates in regards to PLHIV, “this conception of citizenship vis-à-vis the HIV/AIDS epidemic refers to a biosocial and bio-political process of change in people’s identity resulting from their HIV diagnosis and social interactions with biomedical authorities.” These authorities can include physicians, researchers, interventionists, pharmaceutical companies, and more.

While HIV organizations exert power through resources they offer, they also do so via public discourses about the rights and responsibilities of PLHIV. This includes subtle communication conveyed through policies, training objectives, and public messaging. Those with HIV are “exhorted to claim their rights to treatment access and behave as ‘responsible’ HIV citizens by adhering to antiretroviral therapy or safer sex,” and then negotiate with these “moral frameworks and moral economies.” The power structure is evident, with institutions commanding the conforming of specific behaviors – and thus, identities. Refashioning this scripted persona is the act of therapeutic citizenship this analysis explored.

Though the marriage of these concepts seems unorthodox in public health, the significance shouldn't be overlooked. People’s sense of self can be influenced and dominated by the perception of their community given their positive status if they choose to disclose. This can run the spectrum from stigma to respect (and therefore self-stigmatization or self-respect). In taking control of this perception, HIV-positive individuals are finding ways to create a new sense of self through their therapeutic citizenship – this process, and what drives it, is the subject of Camlin’s research in Kenya and Uganda.

Historically, many PLHIV have lived through severe stigma – especially when they’re very sick and visually present as having HIV. Camlin underscores this, by noting “people express they’ve been told that they’re corpses, that they’re infecting their communities, that they are responsible for devastation – this is really [traumatic] for these people.”

Luckily, many of these same individuals initiate antiretroviral therapy (ART) and experience almost complete transformation back to health. But, what Camlin and her team found, was that it also gives them the energy and courage to engage in a new public advocacy role – to help get people tested and into care, leading people to clinics and walking them through the steps of treatment. In short, to be peer counselors and leaders, whether in formal roles in the health system, or just the informal leadership roles that PLHIV voluntarily take on in their own communities. Camlin and her team found many PLHIV in Kenya and Uganda who spoke of this transformation in religious and spiritual terms – as a ‘redemption’.

It’s this process – working in concert with biomedical research and intervention communities, and their own social and familial communities – that provides an opportunity for people to redeem what was a previously deeply stigmatized identity. It allows them to publicly perform a newly contrived sense of self.

Two large community-based interventions served as the unexpected source of these findings for Camlin and her team. The SEARCH study (Sustainable East African Research in Community Health), led by Dr. Diane Havlir, and START-ART (Streamlined ART Initiation Strategy), led by Drs. Diane Havlir and Elvin Geng, with sites in Kenya and Uganda enrolling hundreds of thousands of participants, are community-based and clinic-based interventions, respectively. Broadly, they both aim to increase testing, initiate ART quickly, and keep patients engaged in the treatment cascade. Of course, that means each study used cadres of HIV testers.

Camlin with members of the SEARCH family.

“I didn’t intend to use two separate data sources in this one analysis– but I kept hearing the same stories – the same narratives – from these different regions and studies,” Camlin explains. As lead qualitative researcher for SEARCH and START-ART, and with over 100 in-depth interviews to explore, she witnessed clear emerging trends. A true example of the benefits of such research, Camlin and colleagues used data from these studies to formulate their hypotheses. In poring over interviews, it became evident that the role of peer educators – those who were members of the same communities these interventions were targeting, who were HIV positive and outspoken about living with HIV, but who had not been hired or recruited specifically as test counselors – was crucial in terms of the comfort of those being screened and for whom the projects were hoping to get on treatment.

“My friends joke to me that social sciences exist to tell you what you already know – they prove the obvious,” says Camlin. “But what was striking to me was that while it did seem obvious, no one was expecting it – and no one was commenting on it.”

While each study utilized professional test counselors, none of these individuals disclosed their status to those they were testing. Part of it may be the desire to maintain a wall of professionalism, but that may also create some distance, preventing individuals from identifying with the tester enough to be moved to start treatment immediately or visualize coping with a diagnosis.

In stark contrast, even though no one is telling them to disclose their status – and there is no guidance or training instructing them to do so – for peer counselors, it’s the very first thing they do. In fact, they admitted that disclosing and talking about their personal experience seemed to be the primary component of the testing experience that gave people hope. There is an important social efficacy at work, the JIAS article explains – that someone who is just like them is doing very well while living with HIV. This social connection is profound.

Interestingly, neither study thought there was any role for HIV-positive people to play in the interventions. In actuality, this could be a true tipping point in the epidemic – a critical mass of people emboldened to go into the public sphere and take on this advocacy role. What we should do moving forward is let these engaged HIV-positive community leaders help guide subsequent interventions.The peer model also highlights key concepts developed countries can learn from these communities.

“We think of patients as individuals disconnected from their families, communities, and social contexts. We look at treatment adherence as the individual responsibility of the patient. But, what we’re learning is that there is a tremendous amount of sociality to all of the behaviors and outcomes that we want,” says Camlin.

“In Africa, it’s striking how in resource-poor settings there are such high levels of social interdependence. And this is a strength that we [here in the U.S.] would do well to better emulate. Efforts we can undertake to strengthen the social support networks of people will only improve biomedical outcomes.”

Acknowledgement: Research reported in this article was supported by Division of AIDS, NIAID of the National Institutes of Health under award number U01AI099959 and in part by the President’s Emergency Plan for AIDS Relief and Gilead Sciences. The content is solely the responsibility of the authors and does not necessarily represent the official views of the NIH, PEPFAR, or Gilead. The SEARCH project gratefully acknowledges the Ministries of Health of Uganda and Kenya, our research team, collaborators and advisory boards, and especially all communities and participants involved.